Parker's Siberian Huskies Located in the hills of Manchester Ohio

I have puppies due in October.

At the beginning of August 2012, my only male Budah was let loose my neighbors and shot 6 times. In my grief for Budah, I began the search for a new male. I found a 13 week old, beautiful male from Blue Star Siberians in Indiana that I knew I had to have. The day before I went to pick him up his father was stolen and has not been seen since. I drove to pick him up and he was just as beautiful as I expected, and I still chose him although there were many gorgeous red and white male to chose from as well. He had the perfect temperament for my breeding program because like my girls he is very calm and laid back.

Phoenix has always been good with all dogs and my son as well. He is my big buddy. He has been around many male dogs and as he does not have a “dominant” personality he has been fine with adults and young small puppies of both genders.

Phoenix is a big boy. His ideal weight would be 60-65 but he is holding some fat right now. Phoenix is agouti and white with blue eyes. Phoenix has a plush coat.

Here is a link to Phoenix's health testing results: http://www.offa.org/display.html?appnum=1659569#animal

Below are Phoenix's parents, left is his mother and right is his father. 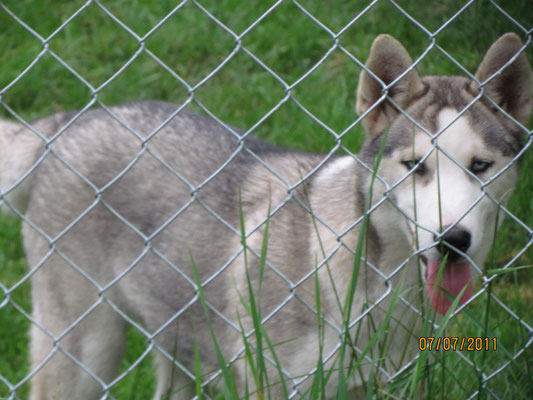 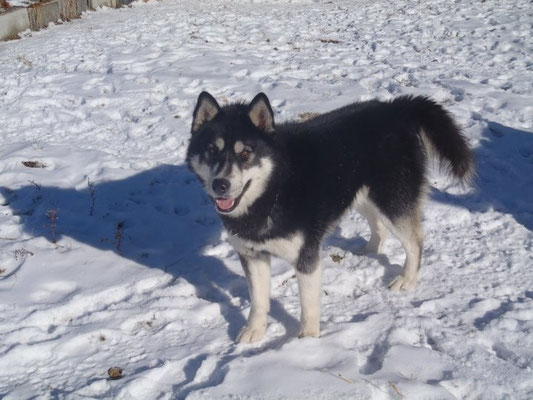